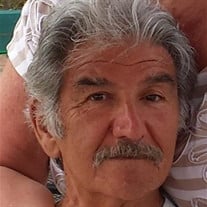 EAST MORICHES, NY – Dominic Pironti, an East Moriches resident since 2015, died after a long battle with cancer, at East End Hospice on Thursday, January 23, 2020. He was 84. Son of the late Adolfo and Mary (Chianese), he was born in The Bronx, NY “on his grandmother’s table” on May 14, 1935. Dominic, the middle child, was one of three siblings, and pre-deceased by his brothers, Carmine and Joey. Married, Dominic met his wife Roseann 60 years ago at a social club in The Bronx, after returning home from his 4 year service in the Navy. Dominic loved his time with the Navy working on an ammunition ship during the Korean War. However, Dominic’s desire to achieve and help others extended throughout his lifetime. After graduating high school and serving in the Navy, Dominic wanted more so he joined Local 3 (Electricians Union). Dominic accomplished much over the course of his 65 year membership with Local 3 but more importantly, enjoyed carrying on the family tradition, with his father and brothers’ (Carmine and Joey). Carmine and Dominic were battling cancer together and spoke daily comforting each other, as only brothers can. Family was always front and center for Dominic. After living 8 years in The Bronx, Roseann and Dominic became residents of Westchester County, where they spent the majority of their lives becoming an important part of their community and surrounded by a very supportive and loving family. They resided in Westchester County for over 40 years and then moved to East Moriches, Long Island, NY in 2015. He is survived by his wife, Roseann, at home in East Moriches, NY. Additional survivors include his two sons, (Anthony & wife Debbie of Hopewell Junction, NY and Dominic & wife Sharon of Danbury, CT); two grandchildren (Krystiana of FL and Dominic of NY); and many, many friends. Roseann and Dominic love their family more than words can express and their children, daughters-in-laws, and grandchildren feel profoundly blessed to have Dominic and Roseann at the helm. In addition to cooking for massive family celebrations at their home, with Roseann (Chef) and Dominic (Suez-Chef), Dominic enjoyed golfing, bowling, coaching his son’s sports, trips to casinos, playing cards and planning social events for his fellow Local 3 retirees. In lieu of flowers, memorial donations may be made to: East End Hospice, Kanas Center for Hospice Care, 1 Meeting House Road, Westhampton Beach, NY 11978 tel 631.288.8100 https://www.eeh.org/ways-to-give/donate/?tab=Donate Email: [email protected]; Website: https://www.eeh.org Or St. Jude Research Children’s Hospital https://www.stjude.org/donate/

EAST MORICHES, NY &#8211; Dominic Pironti, an East Moriches resident since 2015, died after a long battle with cancer, at East End Hospice on Thursday, January 23, 2020. He was 84. Son of the late Adolfo and Mary (Chianese), he was born in... View Obituary & Service Information

The family of Dominic Pironti created this Life Tributes page to make it easy to share your memories.

Send flowers to the Pironti family.