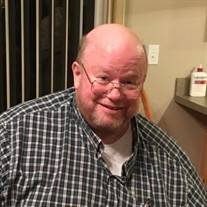 Joseph Francis Burns 1950-2021 Joseph Francis Burns passed away on September 22nd at Stony Brook University Hospital in New York due to congestive heart failure. He was 71 years old. Joe was the oldest child of nine children and was our “leader”. He is survived by siblings Kit, Connie Tuor, Patti, Michael, Bobby, Phil, and nephews Mason and Sam Tuor. He was Sam’s godfather. Preceding him in death are John Mark (1960) and Stephen Mathew (2019). Joe was an excellent athlete. He played baseball as a catcher and a pitcher. Due to his love of the sport, he saw all of the parks in the National and American leagues throughout the U.S. and Canada. In high school he lettered in wrestling and football. Before leaving for Vietnam, he made a solo hike around the perimeter of Mount Rainier National Park, befriending those he met along the way. In his retirement he traveled through many of our national parks which he loved. He graduated from Bellarmine High School in Tacoma, WA, class of ‘68. After graduation he joined the USMC and went to Vietnam. When he returned home, Joe joined the US Army, and went back to Vietnam for a second tuor. He was honorably discharged in 1978. While still in the service, he earned a degree in accounting from the University of Hawaii. He then began working as an auditor for the NCUA National Credit Union Administration until he retired in 2005. Always Gentle and kind, Joe cared deeply for his family and many friends. Shortly before his death, he told brother Kit to remember, “Be Kindness”. Those are words he lived by. A memorial service will be planned and announced later. A web link for Joe can be found at www.FivesFuneralHome.com Contributions in his name can be made to the charity of your choice. Joe would appreciate that kindness, helping others.

Joseph Francis Burns 1950-2021 Joseph Francis Burns passed away on September 22nd at Stony Brook University Hospital in New York due to congestive heart failure. He was 71 years old. Joe was the oldest child of nine children and was our... View Obituary & Service Information

The family of Joseph Francis Burns created this Life Tributes page to make it easy to share your memories.

Send flowers to the Burns family.