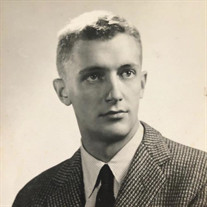 After a long illness, Theodore (Ted) Prescott Sargent died peacefully on September 8 at his home, surrounded by his family. He was 86 years old. He was born on January 6, 1935, in Yonkers, NY to parents Theodore Spaulding and Mary (Gross) Sargent. He received his undergraduate degree in Aeronautical Engineering from Rensselaer Polytechnic Institute (RPI) and his graduate degree in Applied Math from Columbia University. He began his career at Allied Research in Boston; then joined Oceanics, Inc., which conducted water tunnel tests in hydrodynamics for the defense and transportation industries. There he coauthored several scholarly papers on surface ship dynamics. He retired from Unisys (formerly Sperry Gyroscope Corporation) in Lake Success, after working as a research section head. In retirement he continued as a private consultant in hydrodynamics. He was a member of SNAME, The Society of Naval Architects and Marine Engineers. Ted had a life-long love of sailing. He was a member of the Old Field Point Power Squadron, where he both taught and took classes, earning the rank of lieutenant. He was a past commodore of the Setauket Yacht Club, now Port Jefferson Yacht Club, and a life-time member. He loved to race his sailboat, named “Ragtime,” winning many trophies, with his enthusiastic and dedicated crew. He came in third place in his division in the Around LI Race in 1986. For 36 years he also cruised his sailboat in the summers as far west as NYC and as far east as Nantucket and Cape Cod. In retirement, he had time to sail in the British Virgin Islands with his wife Barrie and friends. Ted was a devoted husband, father, and grandfather and deeply loved in return. He is survived by his wife of 64 years, Barrie, and his son, Walter Sargent and wife Margaret of Huntington, daughter, Jennifer Betz and husband Joseph of Stony Brook, and daughter-in-law, Miyuki Sargent of Bethesda, MD; grandchildren William Sargent, Alexander Betz, and Catherine Betz; and brother John Sargent of Block Island, RI. He was preceded in death by his son, Robert Sargent, and sister Elizabeth Zuses. A Memorial Service will be held on October 2 at 11:00 AM at Setauket Presbyterian Church, 5 Caroline Avenue, Setauket, NY, 11733.

After a long illness, Theodore (Ted) Prescott Sargent died peacefully on September 8 at his home, surrounded by his family. He was 86 years old. He was born on January 6, 1935, in Yonkers, NY to parents Theodore Spaulding and Mary (Gross) Sargent.... View Obituary & Service Information

The family of Theodore Prescott Sargent created this Life Tributes page to make it easy to share your memories.

Send flowers to the Sargent family.